Well another several months have elapsed without an update from me. I took a little bit of time the past few days to update the theme and do some long overdue housecleaning. I’m pretty happy with how it turned out and even more happy that I managed to not delete everything.

Anyways, several weeks back someone reached out to me with a conversion request. The keyboard is from a company named Fortune Systems and the keyboard uses capacitive Digitran Leaf Spring switches. These were new to me but a few people told me that they’re very nice. I went into this task thinking it would be a breeze but soon came to realize I was a bit in over my head. 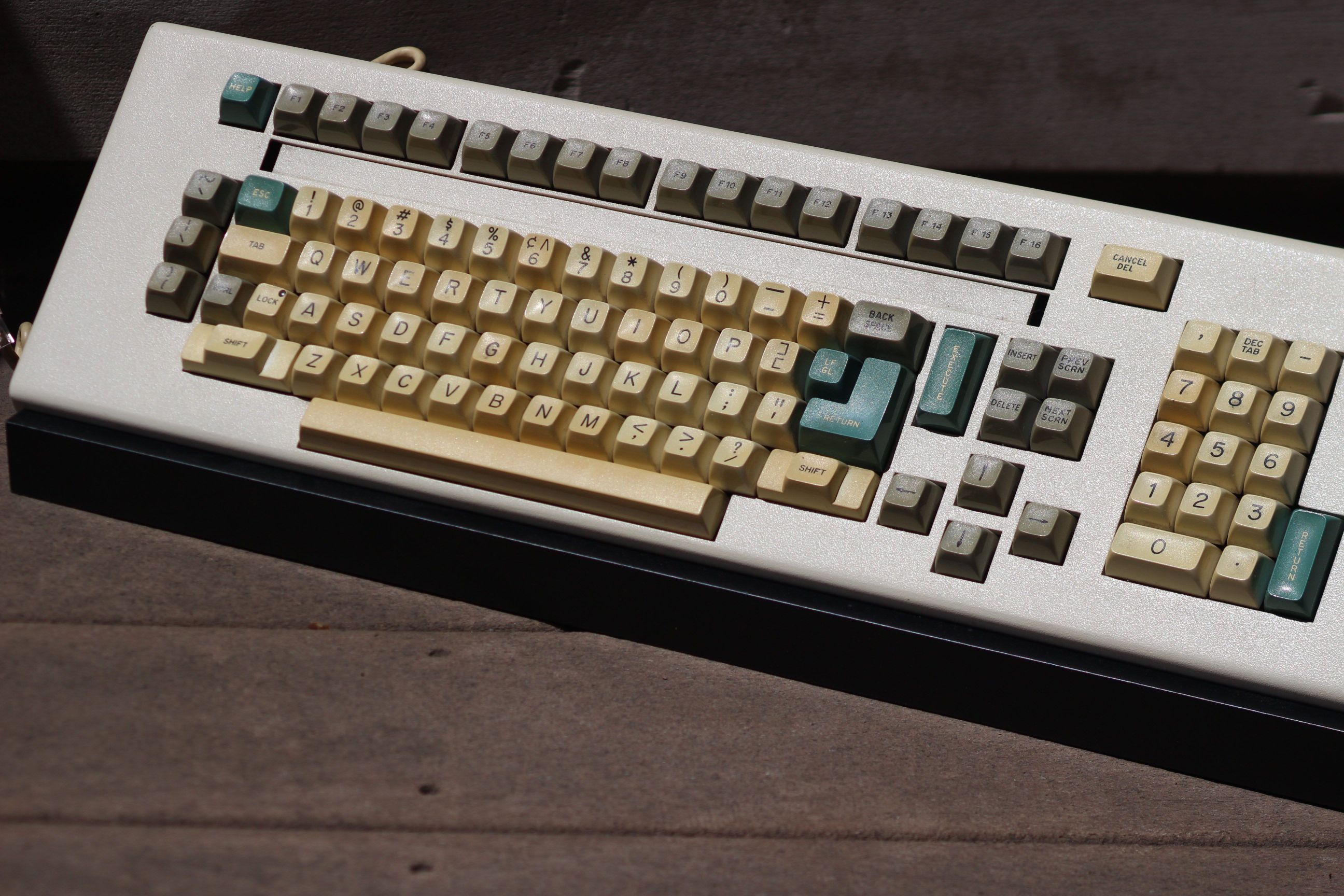 First, as I usually do, I tried to see if I could convert it at the protocol level. This usually is fruitless but I still enjoy tinkering around and seeing how far I can take it.

The connector on the board is an RJ45 plug. I had an extra one laying around so I made a little breakout cable that I could use to connect each line to the logic analyzer. 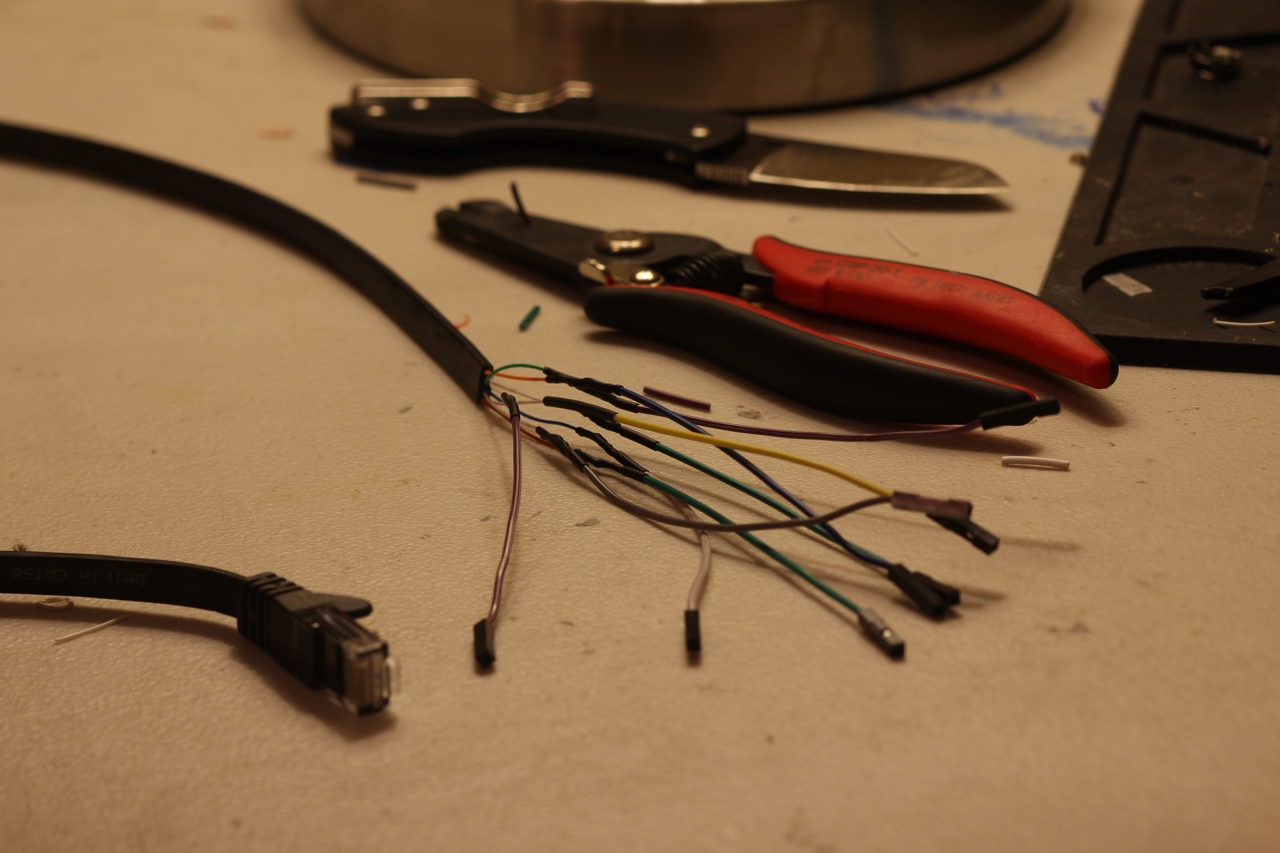 Unfortunately, this didn’t really go anywhere. I was able to power the keyboard (it beeps very loudly on start-up) and managed to capture this video the first time I powered it on.

My next move was going to be to do a simple controller replacement. However, a couple of people informed me that this is a capacitive keyboard so converting straight-away with TMK/QMK would not be an option. I opened up the keyboard to take a look around. 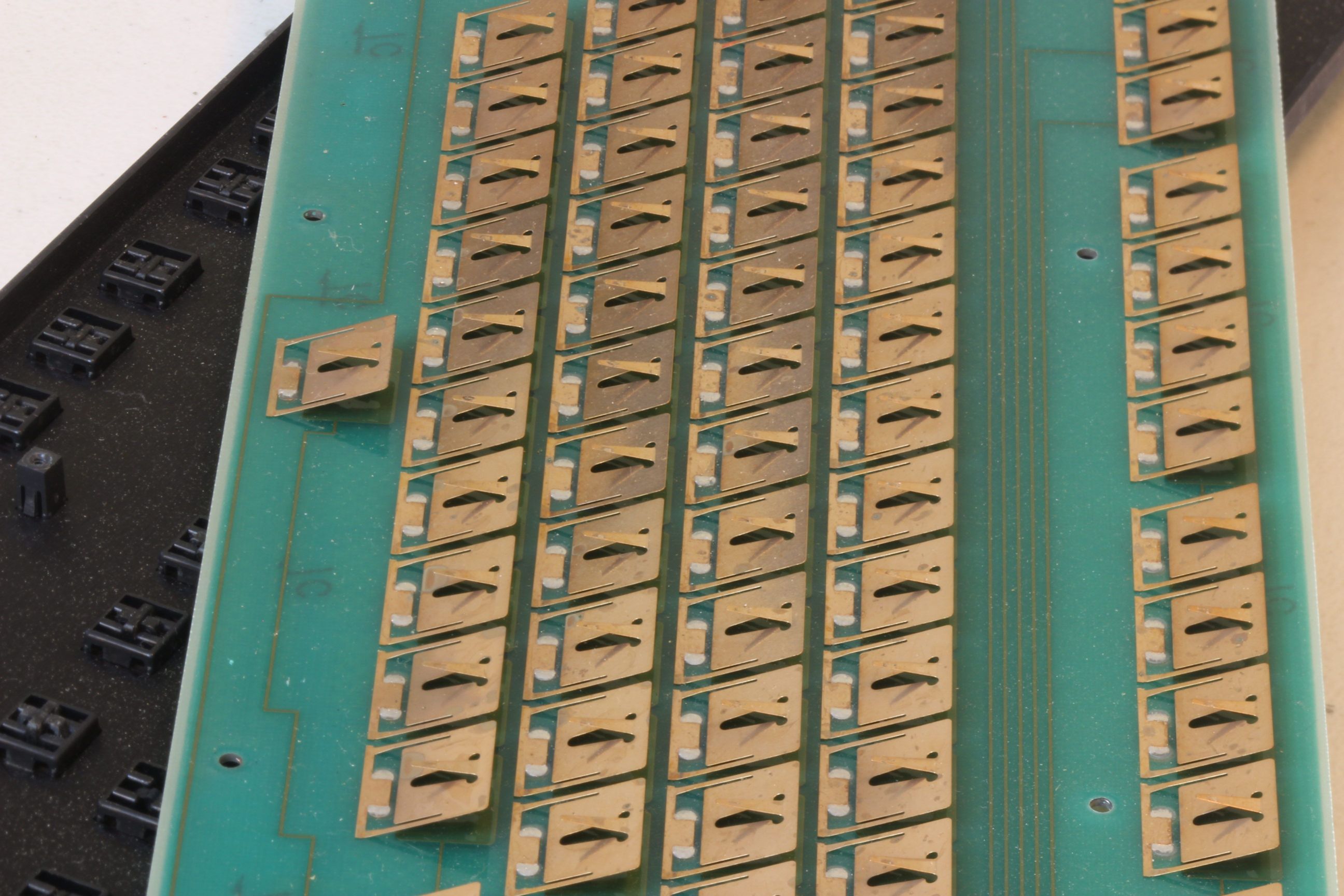 Not like anything I’d really seen before. But the traces seem very easy to follow and map out, so that was encouraging.

At this point I knew I was either looking at converting this with xwhatsit or DMA CommonSense. Not having any experience with either of these options, I decided to go the CommonSense route since it seemed to be more flexible.

CommonSense has a limitation of 8 rows and 24 columns. I wasn’t really sure what should be considered a row versus a column since I wasn’t sure how the sensing and strobing should work. I landed on the following configuration which seemed to work when I did a one-key test. 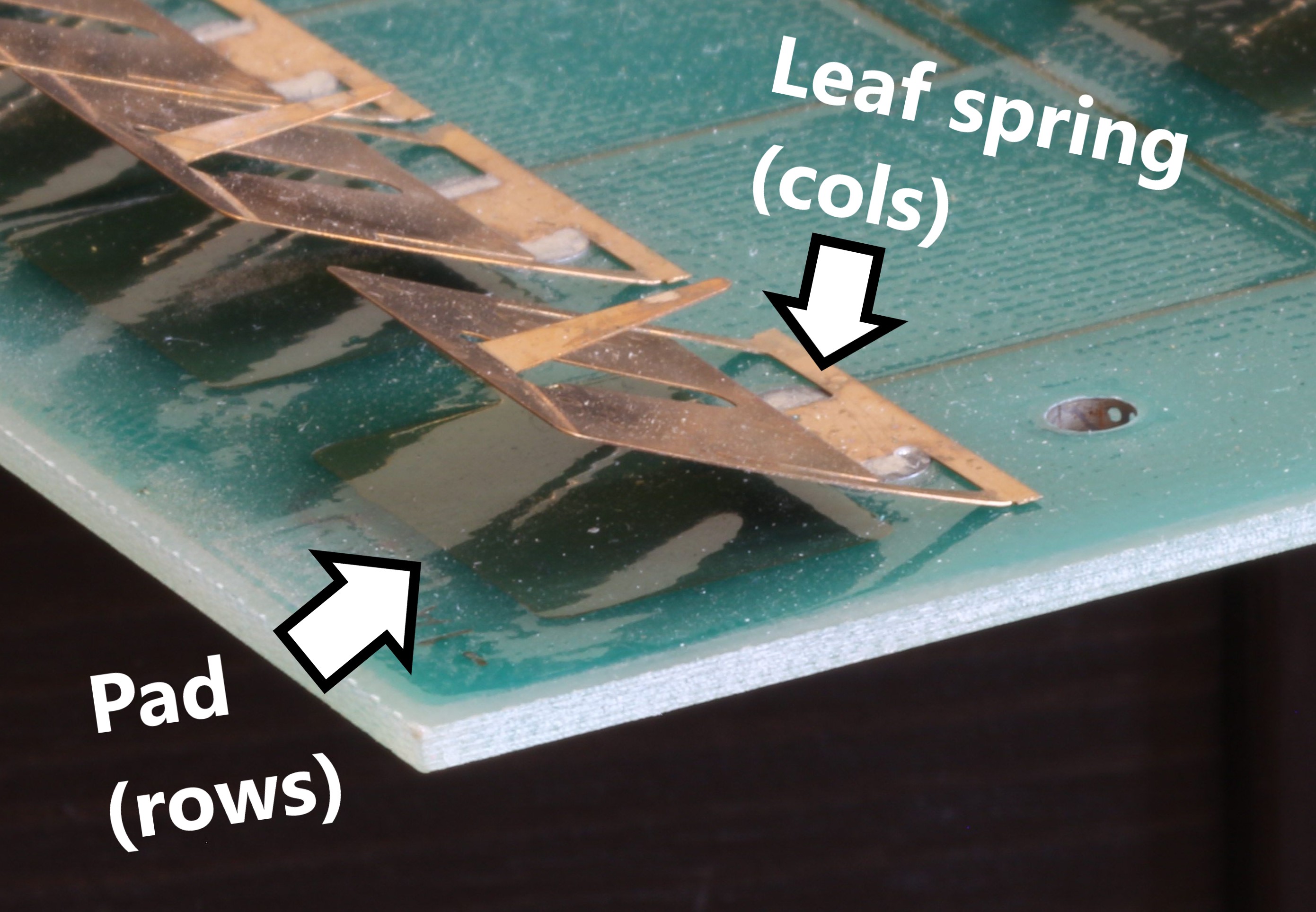 After wiring up all the rows and columns, all that was left to do is wire up Gnd. This keyboard had a big mesh/plane of Gnd running throughout the bottom of the PCB. 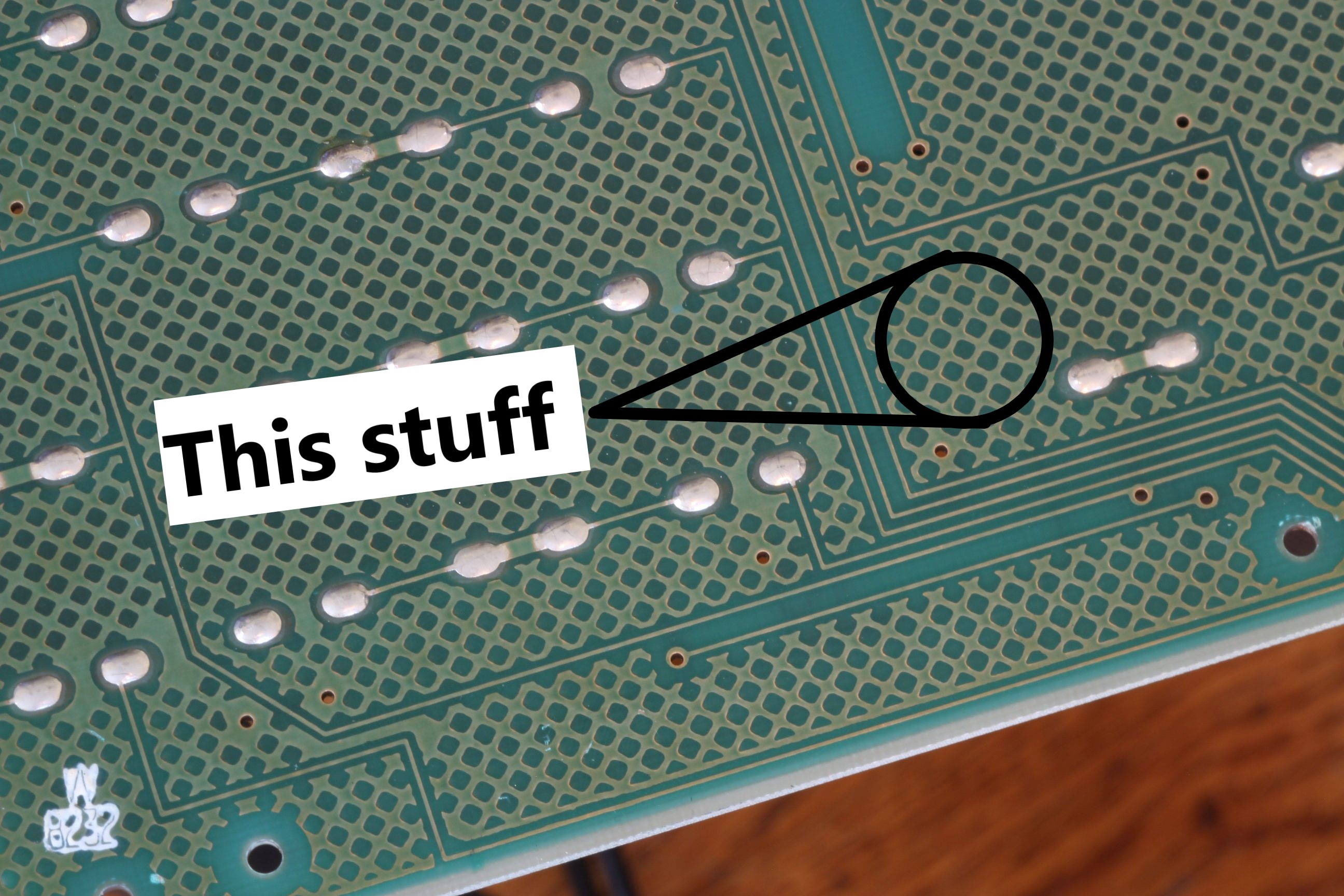 Without hooking up Gnd, I got really wacky output from the controller.

Once I connected it, that problem went away.

And here’s what it looks like all wired up: 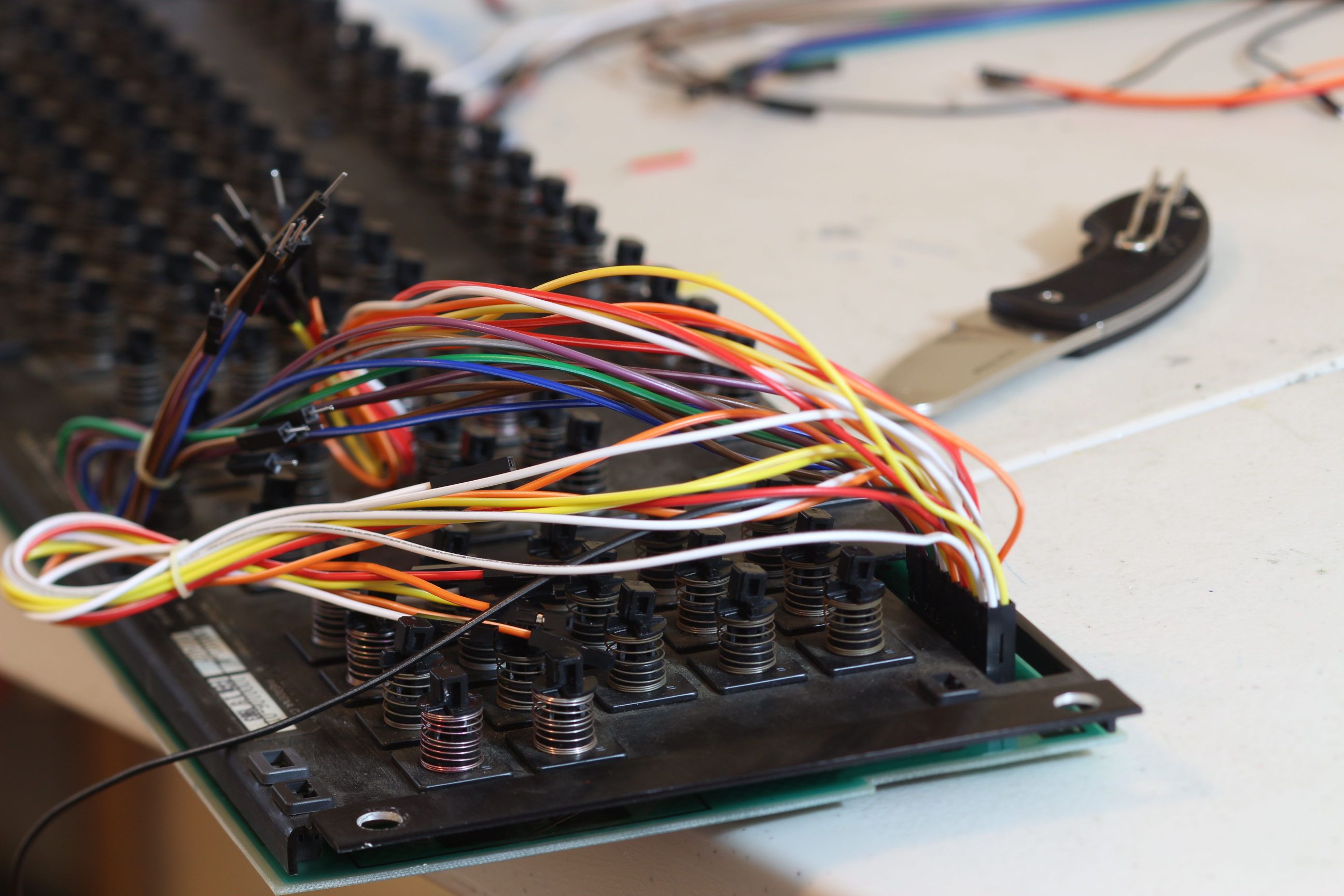 The rest was just shuffling around pin assigments until the whole thing was working. Here’s the near finished product in action.

I didn’t go too much into detail on the actual conversion. I’ve separately written a pretty good quick start guide for CommonSense aimed at people who are coming into it totally fresh like I was. Check that out if you’re interested in learning more.

The last thing I did with this keyboard was a little bit of restoration. Namely, I wanted to lube the switches so that they perform like new again.

I decided to go with PTFE. I’m not sure how susceptible these switches are to dust but the opening for the slider is pretty large. But I could see wet lube working as long as you kept the board very clean.
First step is to remove the sliders. I found using a pliers wrapped with electrical tape (to protect) worked very well. You can wiggle up and down to pull the slider out very easily.

Then while everything was apart. I ran the sliders through the ultrasonic cleaner. I dusted out the bottoms with a datavac-style blower.
There was also some corrosion on the springs. So I gave those a very quick swish around in naval jelly. Only about 3-4 minutes. 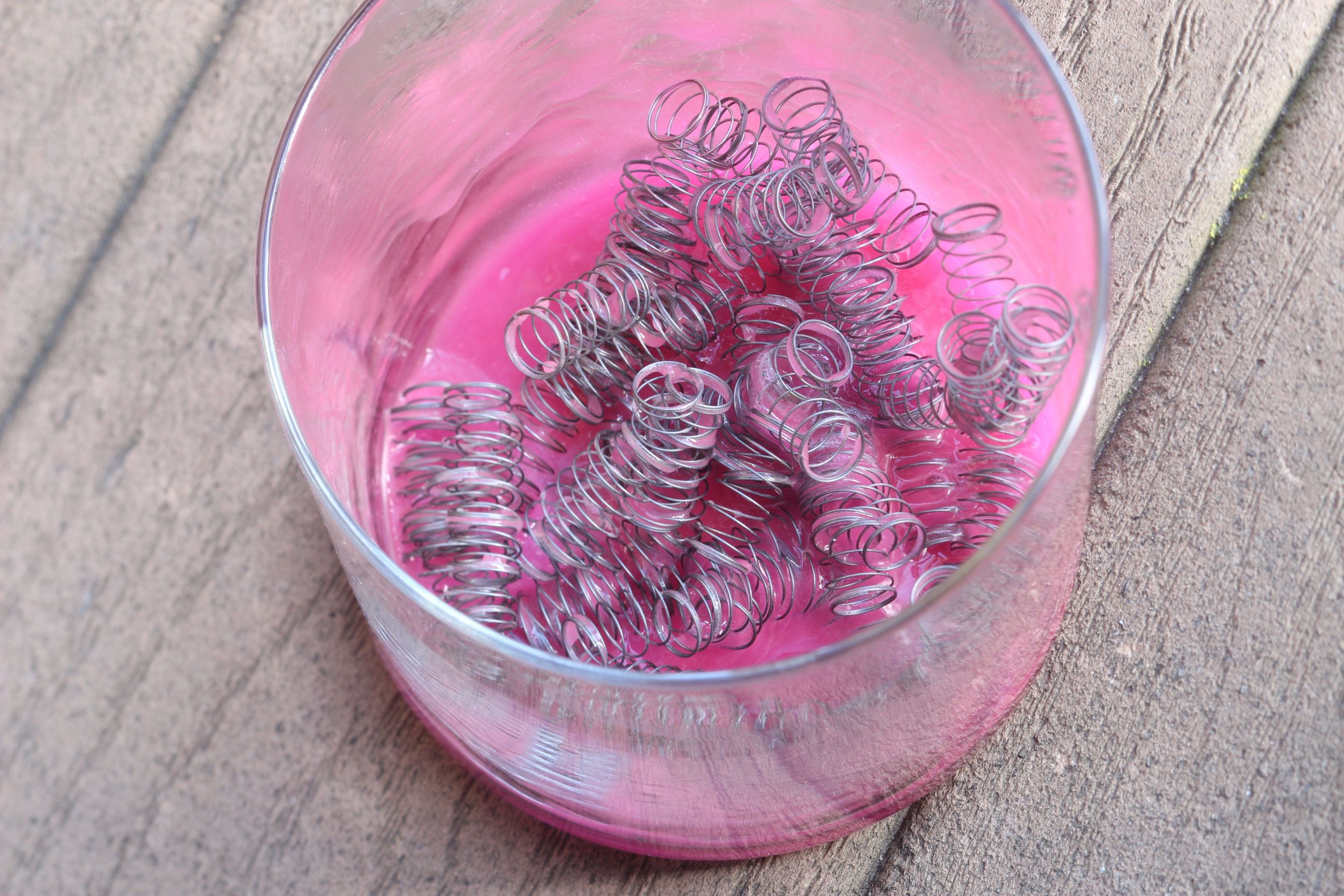 When the sliders dried off, I lubed them with the PTFE. Tried to coat as evenly as possible, and get it in the right spots. 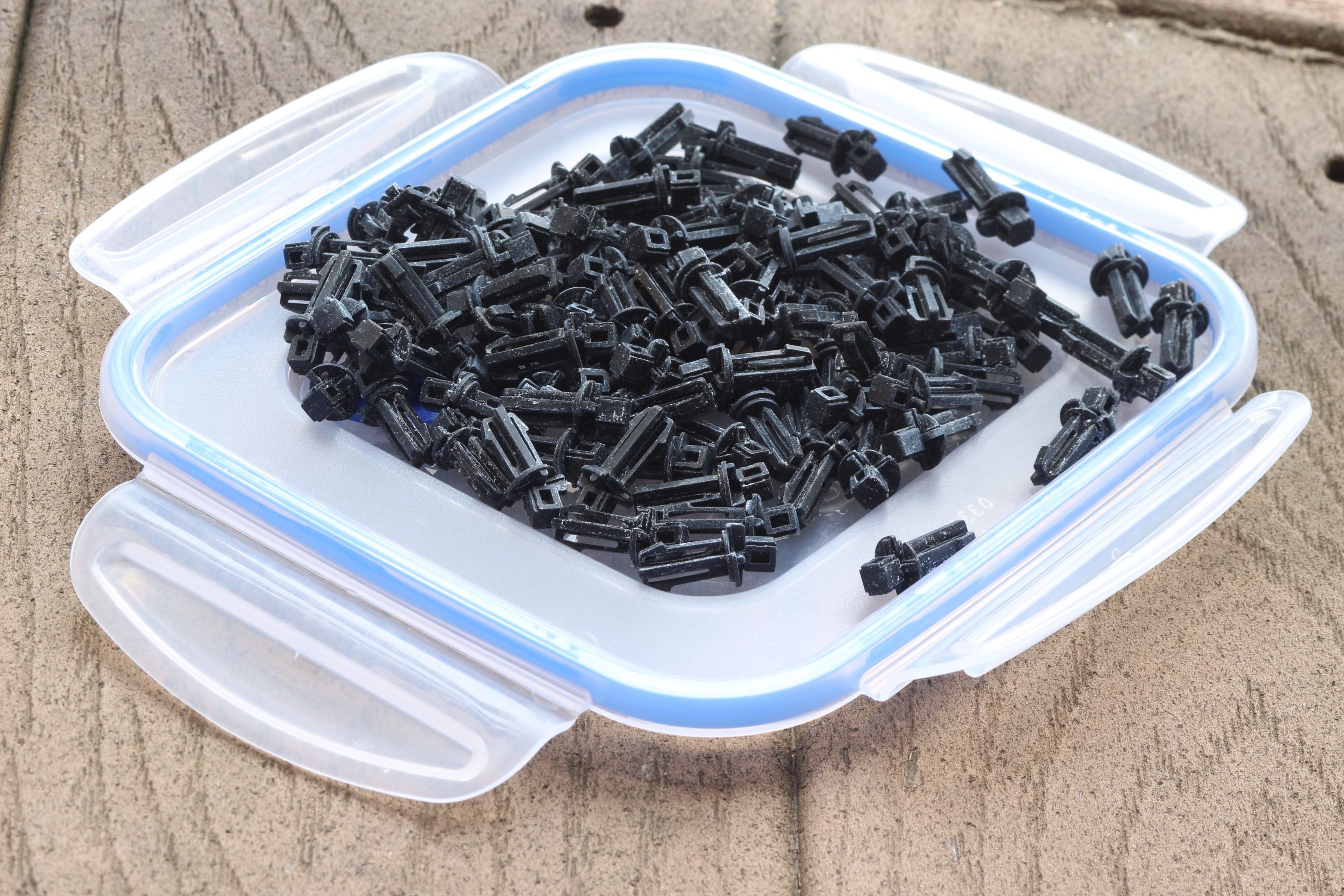 Next I lubed the bottoms with the PTFE spray.

Finally, put them all back together.

Here’s a side-by-side where you can see a before and after comparison. 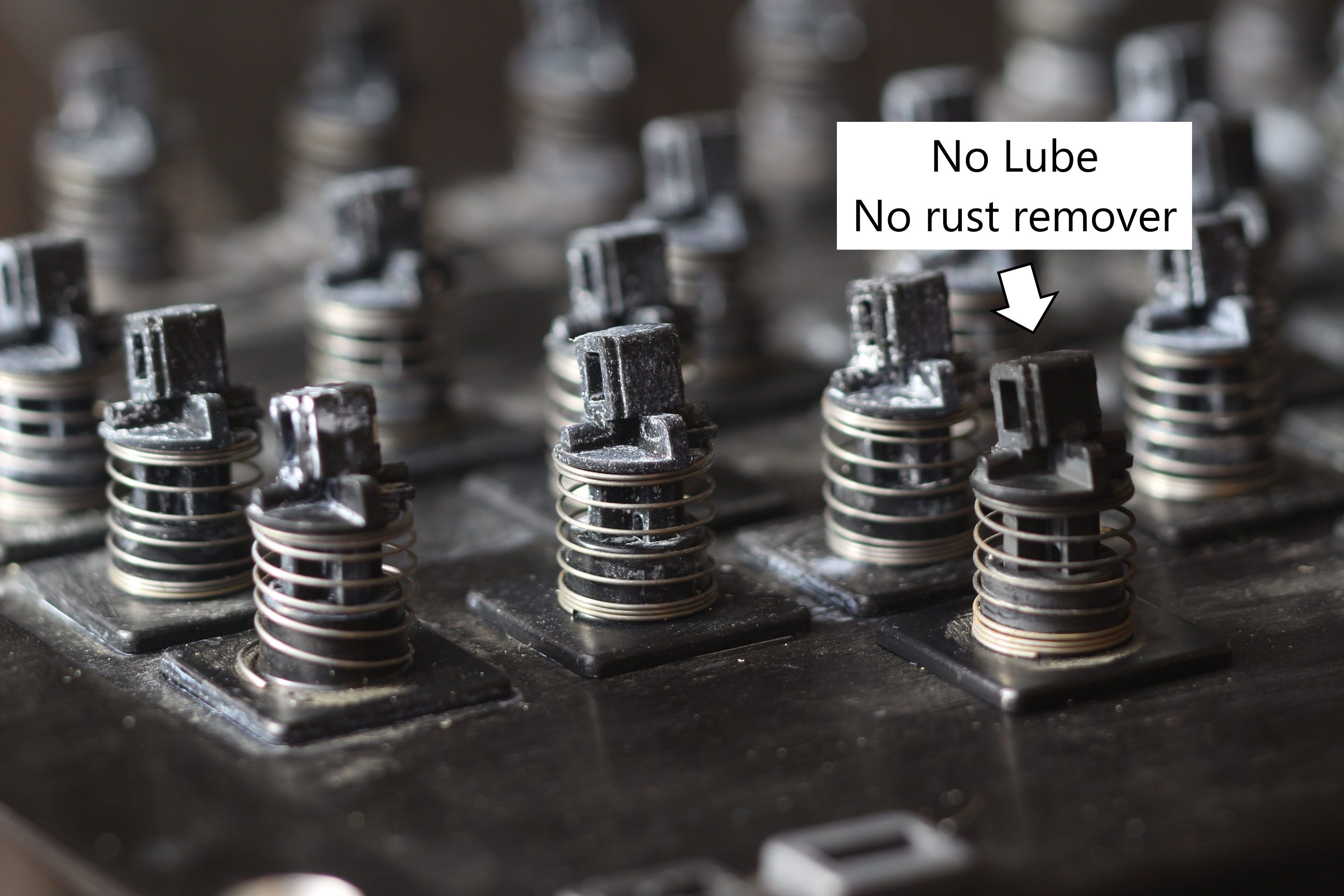 It turned out really great. The keys are now perfectly smooth.

I sill have a little bit left to finish up this keyboard. I told the owner that I would retrobrite the caps, so that’s one thing. The other thing I’d like to do is get the buzzer working. It’s really loud and annoying but I think it would be a fun novelty if it functioned.

This actually worked out great because the owner wanted the keyboard conversion to be reversible. Since I just used breadboard jumper wires to connect the controller to the matrix, he can just swap out the connection any time he wants to use it with the original machine.